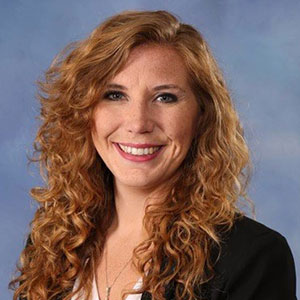 Paisley P. Anderson, the newest addition to the firm, became a practicing attorney in 2017, after passing the Tennessee Bar Exam. Paisley attended undergrad at Tusculum College, in Greeneville, Tennessee, graduating with a degree in political science. She then attended law school at Belmont University, College of Law, graduating in 2017. During her time in law school she was a founding member of the school's Criminal Law Journal, serving on the Journal's executive board her second and third year of law school.

After graduating law school, Paisley and her husband moved their life to Clarksville so that she could begin her legal career. Since the beginning she has focused her practice primarily on family and juvenile law, but also enjoys working on most any civil matters. Being in a military town, dealing regularly with military divorce and custody, Paisley brings a unique and appreciated perceptive to the table for her military related clients as she was raised in a military family, and severed in the Tennessee Army National Guard herself during college and law school.

Paisley genuinely cares for her clients and puts forth every effort to ensure you walk out of your legal crisis with your head held high.

Tennessee Department of Environment and Conservation