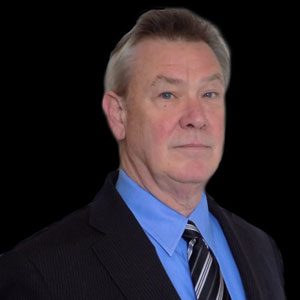 Mart Fendley specializes in representing people who have been injured. But throughout his career his strives as an attorney to make his clients life better, never worse.

He has handled just about every sort of case that comes before the Courts of middle Tennessee, including Montgomery County. From civil to criminal to divorce, including representing injured people whether hurt on the roads, at the job, at home, at play, by a defective product or even hurt by a negligent professional health care provider.

He returned to Clarksville and began a general practice of law in 1980. He and Jack Rudolph formed their partnership, Rudolph and Fendley, in 1981. The 1986 merger of Rudolph and Fendley with the Law Firm of Fleming, Fleming and Ross created Fleming Rudolph Ross and Fendley. As that firm grew throughout the 80's and 90's, Fendley began his concentration in civil litigation with an emphasis on representing injured and disabled persons. In the late 1980s Fendley assumed the responsibility of handling all the firm's personal injury cases.

In 1994, when certification as a specialist first became available to Tennessee Attorneys, Fendley earned his certification as a Board Certified Civil Trial Lawyer. He was the first Clarksville attorney to pass the day long written exam on the first sitting. This certification is recognized by the Tennessee Supreme Court and was granted to Fendley by the National Board of Trial Advocacy. Fendley has now been board certified for over twenty years.

Fendley was also rated as an "AV" attorney in 2002 by his peers and the Judiciary. AV Peer Review Rating* by Martindale-Hubbell